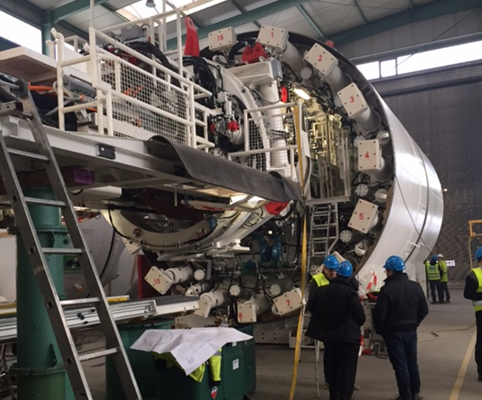 FORT WAYNE, Ind. (WPTA21) – As the City of Fort Wayne presses for the construction of a deep rock tunnel that would significantly mitigate river emissions, the New Year figures to be a significant one.

The Tunnel Boring Machine (whose name comes from the three rivers running through the city), “MamaJo,” has now drilled more than three miles on its almost five-mile course. And officials expect the phase to be completed in 2021.

In compliance with the Department of Fort Wayne Utilities, we can conclude that MamaJo is actually located south of Jefferson Boulevard. Thus, once finished, almost 1 billion gallons of combined sewage will be kept out of our waterways each year by the tunnel and related projects. Year 14 of the 18-year Consent Decree Agreement to upgrade our sewer system and preserve our waterways begins in 2021. About 1 billion gallons of combined waste has been kept out of our waters in the first 13 years.

The construction of the boring tunnel later this year would not mark the end of the plan. Thereafter, with the tunnel becoming operational in 2023, the complex link to the several residential sewers is also expected to take place in the same year.

Implenia triumphs major order for A7 Altona Tunnel in Hamburg