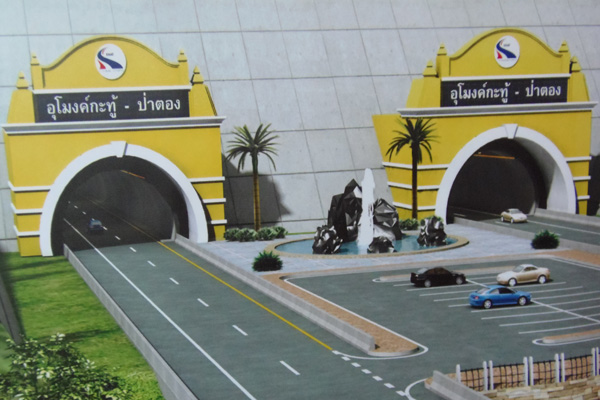 On Nov. 3rd, Traisuree Taisaranakul, the Deputy Government spokeswoman, revealed at the mobile Cabinet meeting that construction of the long-awaited Patong Project will be followed in 2023.

The government will be investing an estimated amount of B14.177 billion, according to Ms. Taisaranakul, to build a twin-tube tunnel connecting the Nark Kerd on Phuket Island to Kathu and Patong beaches.

The mountain pass will reduce the 14km distance to 3km between Phuket Island and Kathu and Patong beaches and ensure a safer road journey.

The Expressways Authority of Thailand (EXAT), assisting the State Enterprise Policy Office, will be requesting and filing the documents required for the project launch.

“The land-use request is expected to be approved by the end of this year. As planned, the selection process for private companies to join the project will take from June 2021 to January 2023,” Taisaranakul said. “Construction will take place from February 2023 to January 2027. The tunnel will open for service in Feb 2027.”

Reviews started on the feasibility of an Irish Sea tunnel