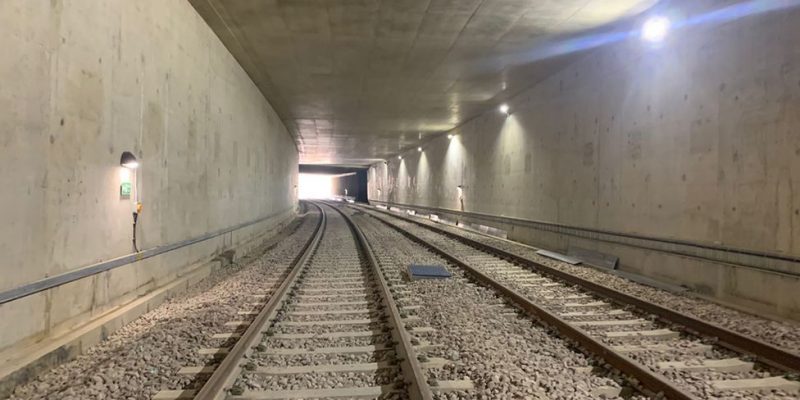 The Werrington Tunnel, which was constructed by pushing an 11,000-tonne concrete curve beneath the East Coast Main Line (ECML) near Peterborough, includes a “dive-under” system that is designed in order to take freight traffic off the passenger routes.

In accordance to the minister, Chris Heaton-Harris’s idea the tunnel is “a major leap forward for the £1.2bn East Coast Upgrade”.

Second half of 2018, was the commencing date of this project’s construction process, while in January 2021 a curved concrete tube, with over than the Eiffel Tower’s weight, was pushed into place underneath the existing lines. 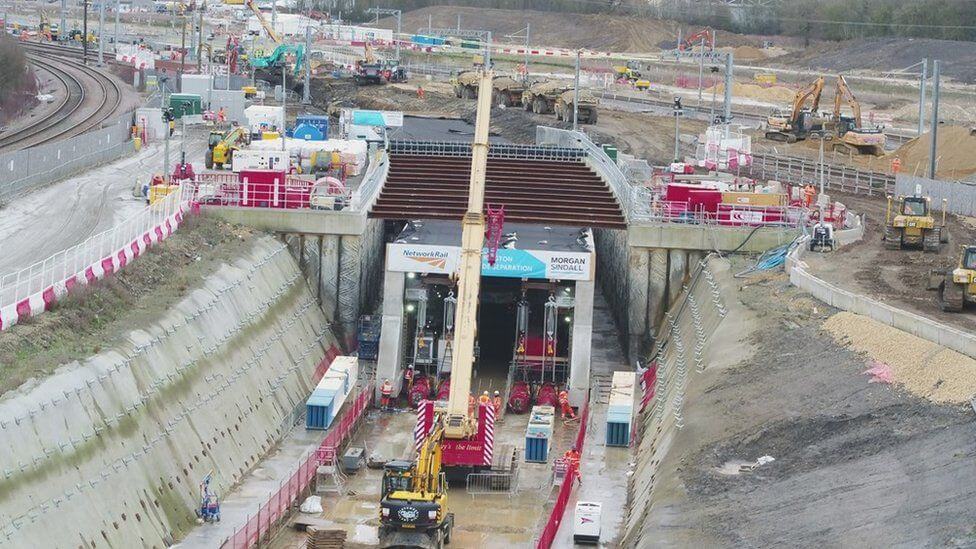 Constructing in nine pre-built sections ahead its installation, the structure has measuring 155m (508ft) long with 1m-thick (3ft) walls.

The installation process of the new track inside the tunnel was done in July linking to the available network, with signaling installed in September.

The main intention of this tunnel’s building is ensuring that passenger services were no longer disrupted by freight trains crossing the tracks, as a spokesman for Network Rail said.

Mr. Heaton-Harris said: “This country’s railways have long been home to marvels of engineering and the new Werrington Tunnel shows that we are continuing that proud tradition.”

He continued: “Opening this new section of railway marks the end of a project which saw Network Rail engineers deliver an incredible feat unlocking new opportunities for rail freight.”

“I’m proud of our team’s brilliant response to the challenges of the Covid pandemic and how they reached major milestones on the project when it was at its peak,” stated Mr. Mclntosh.

He added: “Using innovative methods, we’ve also been able to avoid major disruption for passengers, as services have continued running throughout the majority of the work.”

According to John Smith, chief executive of GB Railfreight: “The tunnel was a win for both consumers and the rail freight industry which would unlock much-needed extra capacity on the network for freight services.”

The €1.7 Million Cost for Brightness of the Ta’ Giorni, Tal-Qroqq, Santa Venera and Ħal Kirkop Tunnels