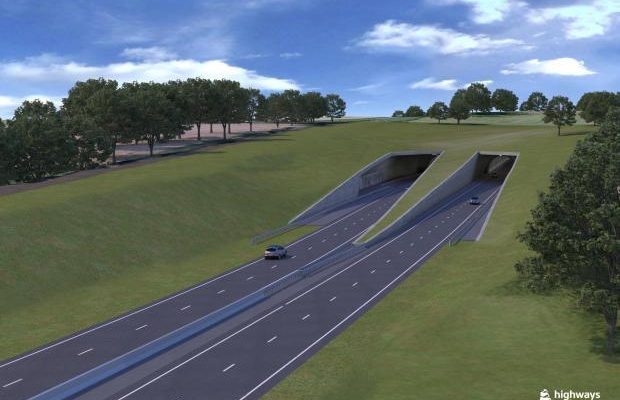 A High Court judge has ruled that legal arguments relating to the decision of the United Kingdom Transport Secretary Grant Shapps to approve a 12.8 km long road project with a 3.2 km long tunnel past Stonehenge must be dealt with at a roll-up hearing at which the Court will determine if the application is arguable and, if so, if it progresses.

Today, in a couple of months, SSWHS, a group of individual members of the Stonehenge Coalition, will lead to a hearing in the High Court. Next week, a tentative hearing to set the timeline for that process will take place.

If the Court eventually rules that the decision of Mr. Shapps was unconstitutional, the contentious road scheme would have to be rethought. In a declaration, the SSWHS notes that authorization for the scheme was issued against the recommendation of the Reviewing Authority (ExA), a five-person team of specialist investigators, who reviewed Highways England’s application to Berwick Down for the Amesbury draft Construction Consent Ordinance.

The inspectors said the scheme would permanently damage the reputation of the WHS and severely harm its authenticity, with deep cuttings and tunnel entrances within the WHS. It is claimed that the framework is both contradictory to the Wiltshire Key Policy and to the World Heritage Convention’s criteria.

Mr Shapps acknowledged with the ExA that in the ancient environment of the World Heritage Site, the construction would hurt visual and spatial interactions and settings, but argued that the degree of harm will not be significant and the public gain will be outweighed.

The Stonehenge Alliance and a number of other groups argued during the public inquiry that the World Heritage Site should be preserved in its entirety. However, Mr Shapps is apparently pleased that the construction was planned to comply with the National Planning Policy Statement for National Networks (NPSNN) and that it provided appropriate mitigation to mitigate disruption to the environment.

The World Heritage Committee (WHC) declared the site at Stonehenge to be of Outstanding Universal Significance (OUV) in 1986. It is known as a “landscape without parallels” owing to its unique complex of prehistoric ruins and sites.

SSWHS says that Mr Shapps did not consider an alternate road design, namely a longer tunnel that would cause less harm.