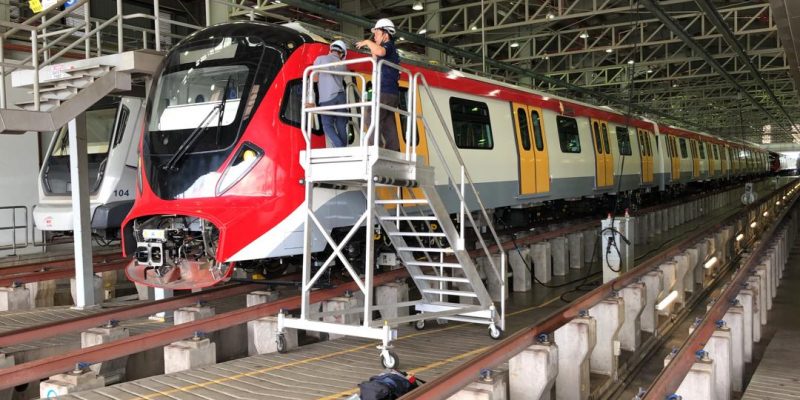 GE, Gamuda Engineering firm in Malaysia has completed the installation of the Klang Valley Mass Rapid Transit (KVMRT), twin tunnels approximately stretching 13.5 kilometers in length. It is entitled as the pioneering underground network linking the capital city of Kuala Lumpur to the satellite cities. The large-scale project is to cover the 52 kilometer-long Putrajaya route.

For the current project, as estimated before, eight variable density (VD) tunnel boring machines (TBMs) were used as well as four EPB TBMs. Besides, around 16,000 tunnel segment rings were completely mounted. And for both functions namely as the retrieval shafts and the TBM launching procedure, approximately 11 subway stations were also built.

In KL geology, tunneling would bring forth numerous challenges, particularly the troublesome karstic limestone: tunnellers were faced with complicated geological interfaces between KL limestone and Kenny Hill, and an abrasive granite area where stops were needed almost regularly to replace worn TBM cutting equipment and to conduct preventive maintenance procedure.

The Putrajaya Line tunnels have also come close to vital infrastructure, rather than the more complicated geology plans, such as broad elevated transits, main railway lines, the SMART tunnel, and the Kajang Line tunnels. As scheduled, the goal of the Putrajaya Line, even considering the geological complications and other difficulties for the project to go through, is to open by January 2023.

Patong Tunnel Project to be Launched in 2023