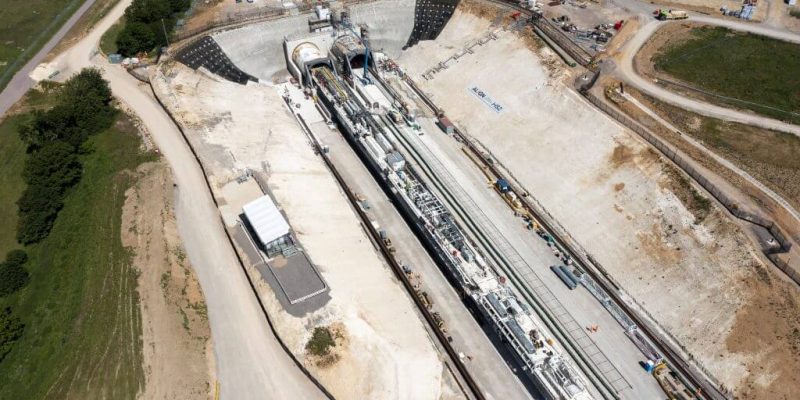 In addition to descripting the advancement to date of the tunneling and the program of works ahead by Clapp and Jacques, they bring up how the team tackle the Covid-19 challenge and share lessons from the deployment of the first tunnel boring machines (TBM) and exploration of the Chilterns tunnel construction sites.

Clarifying why a variable density machine was needed, they also emphasize the new TBM techniques being employed.

Align JV started up both TBMs which are due to excavate the Chilterns tunnels. The date of launching the first of these two machines with 2,000t weight was in May, while the second following about six weeks later.

Designed specifically for the mix of chalk and flints under the Chilterns, the two identical TBMs are digging separate 16km long tunnels for north and southbound trains.

Although the recruited crew for operating in each TBM are up to 17 people, who are working in shifts to keep the machines running 24/7, more than 100 people on the surface are supporting and managing the logistics and maintaining the smooth progress of the tunneling operation.