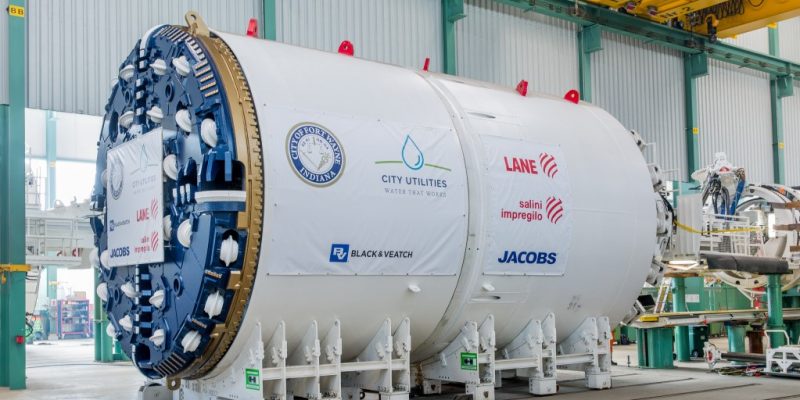 The excavation process of Wayne’s Deep Rock Tunnel in the US state of Indiana, which is a part of a US$188M (£136M) sewage overflow control initiative for the city of Fort Wayne, has been completed using a tunnel boring machine (TBM).

On 30 June 2021 the TBM Mama Jo, finished her three-year long tunnel drive in this project and while it dug 67m beneath the surface, 8km from Dwenger Avenue to Foster Park in Fort Wayne was the other tunneling path of this machine. The intended tunnel, which is due to link the city’s wider sewage system by 2023, caused mining almost 12.7M.t of material to make way for the tunnel all this three years long.

Most of the overflow will go to the Water Pollution Control Plant for treatment and keep nearly 3. 8bn.L of combined sewage out of the city’s rivers.

In accordance with Tom Henry’s, mayor of Fort Wayne, statement about the Mama Jo’s milestone: “I’m encouraged and impressed by the work that’s being done to protect neighborhoods and preserve our rivers through the Mama Jo investment. It’s vital that we continue to be proactive and innovative in order to be a high-performing city that’s meeting the needs of residents, neighborhoods and businesses now and in the future.”