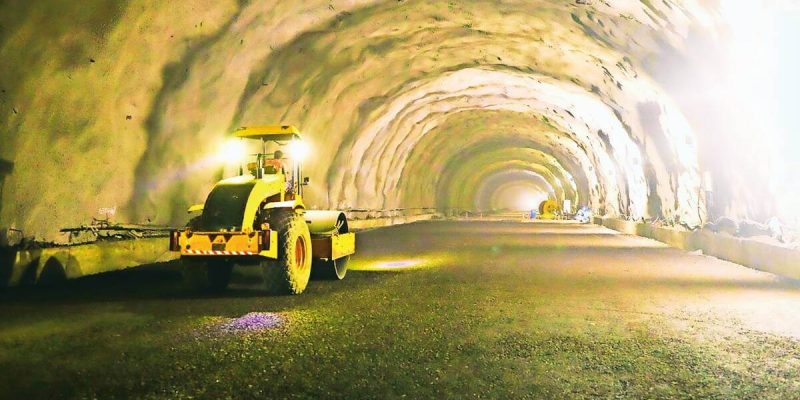 As officials announced the civil work on Maharashtra’s longest tunnel currently is complete with 100 percent road concretization done, while this tunnel is one of the six tunnels to come up on the 701-km eight-laned Mumbai-Nagpur Samurddhi Mahamarg or Super Communication Expressway Corridor and it is placed among Igatpuri and Kasara Ghat.

An official from the Maharashtra State Road Development Corporation (MSRDC) stated: “The construction of the concrete road under the twin tunnel has been now completed, which is the most crucial task after the tunneling work. Now, the electric work like installation of lights, fans, and other works are pending. They will also be completed soon.”

According to these officials, the longest and widest highway tunnel in Maharashtra among the six tunnels to be built in the Greenfield Expressway path, will be the 7.7-km twin tunnels between Kasara Ghat and Igatpuri.

Reducing the travel time cross the Kasara from 15 minutes to 6-7 minutes, the twin tunnels with 7.7-kilometers length and 17.5meters width have three lanes on each side of the road.

In accordance with officials’ statement: “The tunnels have been designed to last for 100 years and for a vehicular speed limit of over 120 kmph. An official said the tunnel has been built using a modern technology called New Australian Tunneling Method, also known as the design as you go method.” Moreover, the Samruddhi Mahamarg is being constructed in a total of 16 packages including 10 districts between Mumbai and Nagpur and is due to be the fastest expressway in the country.

Decreasing the 160-meter elevation difference of Kasara hills, the tunnel falls beneath package 14 of the project.

“The Nagpur-Mumbai Expressway, named as Hindu Hrudaysamrat Balasaheb Thackeray Maharashtra Samruddhi Mahamarg, will be the fastest expressway in the country with a permitted top speed of 150 km/hr. This will reduce the travel time between the two cities to eight hours from the current 16 hours,” added officials

Providing all Machines for Surat Metro Rail Project by TERRATEC