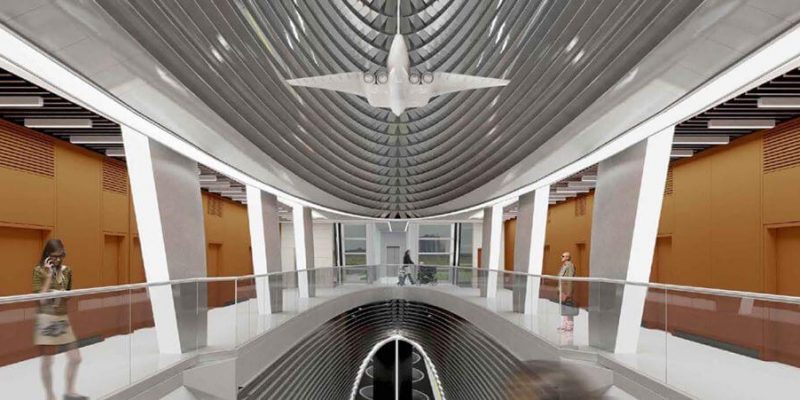 In accordance with Deputy Mayor of Moscow in the Moscow Government for Urban Development Policy and Construction, Andrey Bochkarev’s announcement, in order to complete it the Rosa tunnel boring machine broke the first running tunnel on the southern section of the Kalininsko-Solntsevskaya line (KSL) of the Moscow metro under construction.

Andrei Bochkarev also asserted: “Passed the left running tunnel between the Pykhtino station under construction and the existing Rasskazovka station of the Solntsevsky radius, which became the first on the site under construction at Vnukovo airport. The work was carried out by the Roza tunnel-boring mechanized complex (TPMK), which covered more than two kilometers of track.”

Moreover, the responsibility of constructing the right-hand, running tunnel in this section is up to TPMK Natalia, while it has covered more than three-quarters of the planned route until now.

According to Yuri Kravtsov, General Director of Mosinzhproekt JSC (an engineering holding – general designer and general contractor for the construction of new lines and metro stations in Moscow), the tunneling of the left running tunnel was carried out along Borovskoye Highway in clay and loam soils.

Also TPMK Roza has driven more than 2.1 km beneath the roadbed of Borovskoye Highway, the forest belt of Rasskazovka Park.

Moscow Mayor Sergei Sobyanin stated: “Next year we will complete two more tunnels to Pykhtino, connect them with a metro bridge to Vnukovo station. This is a unique project – for the first time in the history of Moscow metro construction, the metro will come to the airport. And residents of the districts of New Moscow will have new routes for trips to the city center.”

The advantages of developing the Kalininsko-Solntsevskaya line to Vnukovo airport will be an improvement to transport services for airport visitors and residents of the TyNAO. The scheduled date for completion of both stations is 2023.