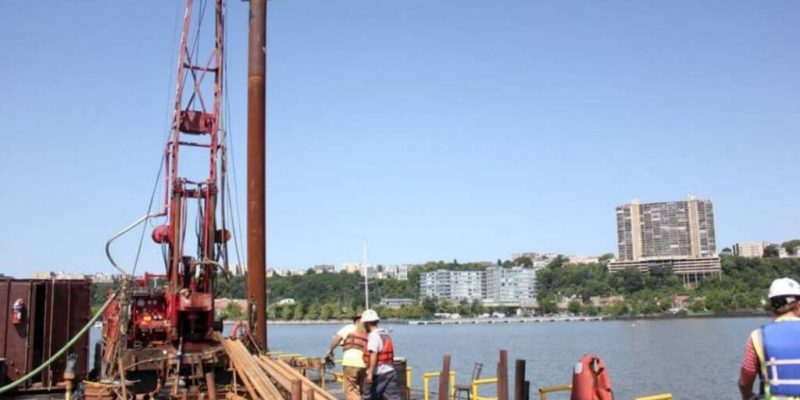 Following conducting 75 geotechnical investigations, 37 of which were implemented during a supplemental geotechnical boring program, New York’s Hudson Tunnel project is stepping on the engineering phase.

The purpose of these finished geotechnical investigations is decreasing risk and presenting certainty on where and how to excavate a new rail tunnel under the Hudson River.

Renovating the available 111-year-old North River Tunnel, constructing a new underground crossing to double the number of tracks traveling beneath the Hudson River, completion of a concrete casing on the west side of Manhattan as well as replacement of the Portal Bridge, are the contents of Hudson Tunnel project.

The tunnel is part of the Gateway rail investment program. The Gateway Program Development Corporation (GDC) – a partnership of the states of New York and New Jersey and Amtrak – oversees the delivery of the program, with support from partner agencies, while at the moment the program is looking for an extra US$5.6bn (£4.2bn) federal transit administration capital investment grant based on the phase two engineering works.

With a US$700M (£510M) budget the cost of the Hudson Tunnel project had increased compared to the previous year in September 2021.

Including 64 borings in New Jersey and New York over several years, 37 of which were during the recently completed phase two supplemental geotechnical boring program planned based on input from the private sector, the project has completed 75 geotechnical investigations totally.

In order to decide on the design and engineering planning for the full construction of the project, the samples obtained from the excavations will be used.

In a joint statement, Gateway Development Commission co-chairs Steven M. Cohen and Balpreet Grewal-Virk of New Jersey, and vice-chair Tony Coscia said: “This work is another example of our partners working together to advance the tunnel project as far as we possibly can in preparation for full funding and construction.”

They added: “From building two sections of the tunnel casing in Manhattan, to advancing the design of the project to 30%, to achieving all the project’s regulatory approvals to completing this geotechnical work, we and our partners have shown over and over that no obstacle will stand in the way of finally delivering 21st Century rail transportation between New York and New Jersey.”

Starting the Construction Process of the E6 Kvithammar – Asen