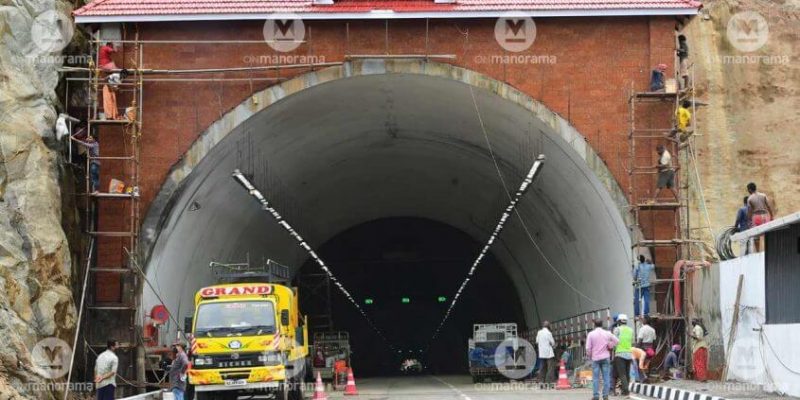 As temporary act traffic to and fro through the first Kuthiran Tunnel has begun from 25 November 2021, while this arrangement has been put on the agenda in order to facilitate the construction of the second tunnel which is going to open in the coming year.

Following destroying it, the determined location for constructing the second road tunnel will be the available hill road in Kuthiran, which formerly was being used by vehicles heading towards the Palakkad side. This road will be razed only after a trial run to both sides for 2 to 3 days and this commenced from 8 am on Thursday on the left tunnel towards the Thrissur side.

31 July was the starting time of one-way traffic on this left tunnel.

The National Highway 544 along the Mannuthy–Vadakkancherry section among Thrissur and Palakkad districts in Kerala, is the location of these twin tunnels.

While a joint detection by different departments is done in the trial run, the trial will provide the authorities to realize the difficulties that could arise from the new arrangement. The preparations for the trial run are complete and a police control room has been opened.

Additionally, in around every 3kim inside and outside the tunnel obstacles are placed, and also two cranes and two ambulances are on standby near the entrance of the tunnel.

According to the police’s announcement in case of running out of fuel and halt in the tunnel, vehicles will be heavily fined.

For more details, please watch the video below.