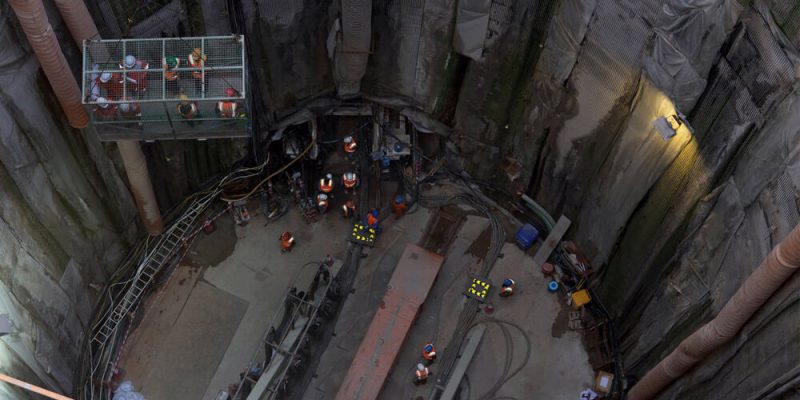 According to Qatar’s Public Works Authority, Ashghal, the excavation process of a 13km drainage tunnel was begun.

Stretching between the Al Khuwaytim and Birkat Al Awamer areas, the 4.5m diameter tunnel will carry flows from the city of Al Wakra and the town of Al Wukair to the Al Wakra and Al Wukair Sewage Treatment Works, while this gravity tunnel, which has a 100-year design life, is one of the largest drainage tunnels in Qatar.

Two TBMs at a depth of almost 60m are excavating this project, whereas the construction process of eight shafts, with depths ranging from 50 to 63m is also this project’s contents.

As well as the main drainage tunnel, there are two additional packages: the drainage networks branches, and the treated sewage effluent lines in Al Wakra and Al Wukair.

With a whole length of about 15km, the network branches comprise smaller tunnels with diameters ranging from 400mm to 2400mm and at a depth from 9m to 46m. The benefited method for building this network will be micro-tunneling techniques through 60 shafts, and the treated sewage effluent lines have a total length of approximately 29km and diameters ranging from 600mm to 1400mm.

Considering as the first project in Qatar to be financed through a Public-Private Partnership, the total cost of the project is over QR1.5 billion (US$412m). The PORR-HBK-MIDMAC JV and Parsons International Ltd are contractors and responsible for the design, implementation, and operation of the project, respectively.

The determined date for completion of this scheme is the second quarter of 2024.

Moreover, constructing the world’s longest tunnel, Iran has proposed the idea of linking to Qatar.

In accordance with Iranian media reports, the tunnel is due to be one of four agreements signed when Iranian and Qatari ministers meet in Doha this week. The proposed tunnel would connect the Iranian port town of Dayyar to Qatar.