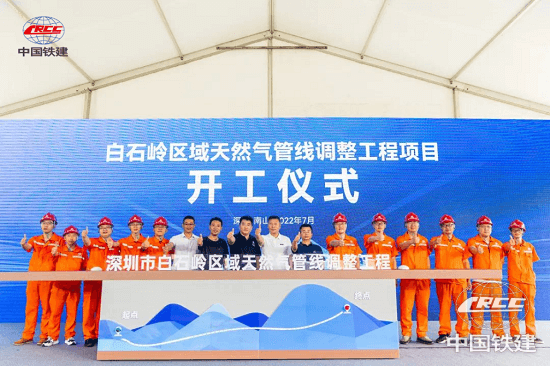 Construction process of China’s first TBM tunnel project for oil and gas pipelines, which is a natural gas pipeline adjustment project in White Rock Hill of Shenzhen, with a total length of about 6.35 kilometers, was started the previous week. As a major part of this project, the White Rock Hill Tunnel was constructed by CRCC. Due to pass of this tunnel through a precious plant protection zone, as well as the existence of various sensitive buildings around, which is the most complicated surrounding environment and the longest distance tunnel in the history of China’s oil and gas pipeline special tunnel construction, the construction is extremely difficult.

Utilizing formulating plans, preparing major schemes, and refining the process flow, which laid a solid foundation for the smooth start of the project, the project team continued to promote the work steadily over the pre-construction period.

Robofactory for Tunneling: New Invention in the Segment Factory with Zero People