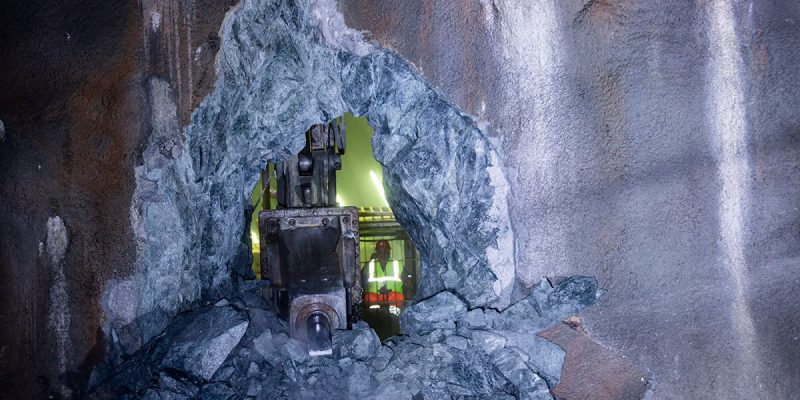 Among lot H71 Eisack undercrossing (built by Webuild) and Lot Mules 2-3 (built by Webuild and Ghella), on the Italian side of the East line tunnel an excavator broke through on the 19/05/2022 at 13h45.

Currently a 24.1 km tunnel has located from the Brenner Base Tunnel southern portal at Fortezza to the State border at Brenner Pass, which is a part of the 64 km project that is due to link the Italian town with Innsbruck in Austria to create the Brenner Base Tunnel, while it will become the longest railway tunnel in the world.

The date of commencing excavations in the two railway tunnels was about three and a half years ago from the Mules Access tunnel in a southerly direction to the adjacent construction lot beneath the Eisack. The drill & blast method was used for digging over 10 km of this drive, around 5 km for the main tunnel, including all cross passages, while the last 500 m of the tunnel were bored in a northerly direction, starting from the Eisack undercrossing construction lot. The excavation works involved the area below the SS12 and the A22 motorway.

Anticipating a network of 230 km of tunnels, 151 km of which have already been excavated, is also a part of the Brenner Base Tunnel project in addition to the main tunnels where the high-speed / high-capacity trains.

Locating at the deepest point of 1,700 m under the mountain range peaks, this complex underground network will have passenger trains travel at speeds of up to 250 km an hour and those for cargo at 160 km.

While the largest construction site on the BBT project is the Mules construction lot, around 65 km are being excavated here between the village of Mezzaselva and the State border at the Brenner Pass.