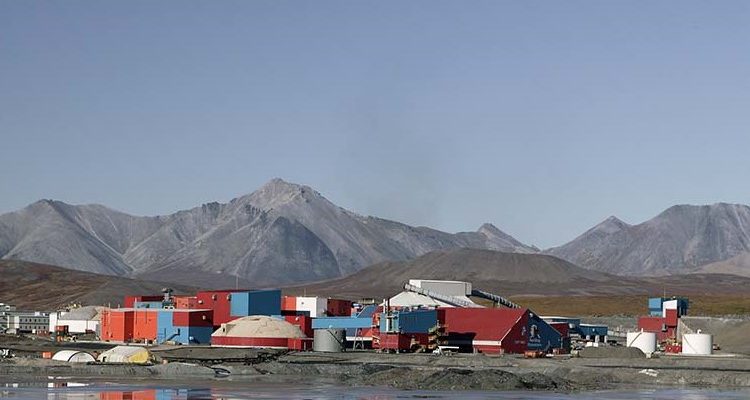 In order to neutralizing the effects of potential melting permafrost at Teck Resources’ Red Dog zinc mine in Alaska, US, Bauer Foundation Corp is increasing ground’s strength.

Locating in the north-west of Alaska, almost 170km north of the Arctic Circle, Red Dog mine is one of the world’s largest zinc mines, that is managing by Teck Resources since 1989 and production of about 10% of the world’s zinc through open-cast mining, is up to this mine.

Due to locating in the Arctic Circle region the entire mine is in a geological permafrost area that keeps the ground permanently and completely frozen under a certain depth. There is an active zone near the surface that thaws during the summer and refreezes during winter. Hence ground improvements is the most efficient solution for counteracting the effects of potential melting permafrost in accordance with an evaluation of the permafrost and soil on the site.

A contract has been concluded with Bauer’s US business Bauer Foundation Corp by Teck Resources to implement the field tests using jet grouting and cutter soil mixing (CSM) methods. These trials, which are consisting of detailed data capture and quality controls done by collaboration with the project owner and other geotechnical consulting engineers, . The trials ran between August and December 2019.

Bauer Foundation Corp project manager Alejandro de la Rosa Knecht said: “[The trials] ultimately identified the CSM method as the most suitable choice for the main scope of this project.”

The CSM method combines features of the diaphragm wall technique and the mixed-in-place ground improvement method. The soil is broken up using a cutter, then rearranged and mixed with an aggregate.

Determination of the limit of available subsoil needed to be replaced with suitable filler material to facilitate later mixing, is the other achievement of Red Dog mine’s tests.

While the completion process of the pre-drilling and the CSM was done 50% and 30% respectively in 2020, during the period from July to November, Bauer Foundation was also responsible for construction of a secant pile wall as an extension to an existing slurry wall.

To attain this purpose, the needed pile wall was integrated into the existing slurry wall and the underlying rock using primary and secondary piles. Totally, 93 secant piles were constructed. A multi-purpose Bauer BG 30 drilling rig with special Arctic equipment along with various drilling tools and mixer sets were used for the execution of all the works.

According to Bauer, one of the main challenges was the mobilization of equipment in the limited time provided by the schedule.

Commenting on this, de la Rosa Knecht said: “The remote and isolated location, the long deployment times and accommodation in camps posed additional challenges, as do the extreme Arctic climate conditions, precautionary measures associated with the Covid-19 pandemic and the specific safety requirements of the mining industry.”

The CSM and demobilization, that are the final production phase, is expected to be finished this month.