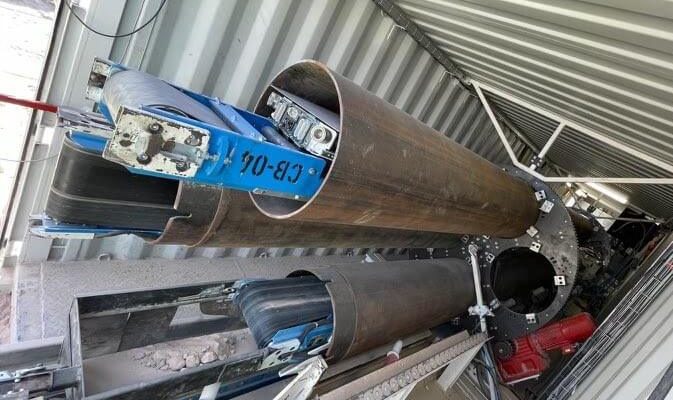 Warwick Boring team have narrowly lost out on the top award at an international tunneling innovation contest which was run by one of Elon Musk’s companies.

In total, 12 teams participated in the contest this weekend, having the purpose to excavate a 30m tunnel with a cross-section of 0.2m2 in the desert near Las Vegas.

TUM Boring, a team from the Technical University of Munich, ultimately won the competition.

The German outfit which mainly includes students at the university, has the purpose to construct the world’s fastest TBM.

It is mentioned on their website that its method was based on a balanced mix of “industry-standard principles like pipe jacking” and “innovative approaches to solve inefficiencies and increase tunneling rates”.

TUM Boring added: “the advantages contain fast tunneling feed rates, robust pipe segments with pre-installed driving surfaces, many off-the-shelf components and many more, which were decisive for [the] team”.

Warwick’s group of 27 students believed its TBM would be 10 times cheaper and 80% faster than industry standard TBMs, once scaled up.

Sanzhar Taizhan, the Co-project lead stated ahead of the competition: “After almost a year of creating, designing and building, we are thrilled to see the machine here in the flesh and finished and finally in Vegas competing. The entire team has worked flat out for the last few months to get it together once we were allowed in the labs after the Covid-19 restrictions eased. I am so proud of the team to make it to this stage.”

Meanwhile, Swissloop Tunneling, including over 40 students, majorly from the Swiss Federal Institute of Technology in Zurich, showcased its Groundhog Alpha machine, which it said would build tunnel walls using an embedded 3D printer.