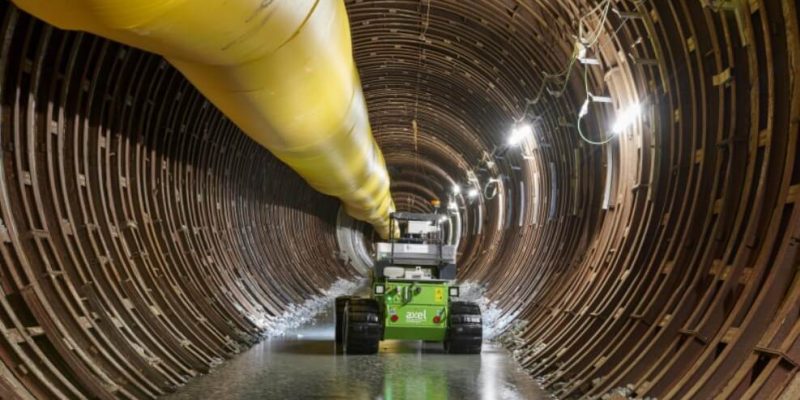 In order to improve the safety of workers involved in the excavation of the Turin-Lyon base tunnel, Italian construction firm Webuild and its Swiss subsidiary CSC Costruzioni have successfully tested a robot.

Standing on an autonomous exploration electrified vehicle, the remote-controlled robot called Axel can inspect the atmospheric conditions of a tunnel where potential risks are unknown.

The project to advance the world-first robot is a cooperation among Webuild Group and research center Competence Industry Manufacturing 4.0.

The testing process of Axel was at an exploratory tunnel at the Nicchie La Maddalena construction site in Chiomonte in Italy, which was constructed for the Turin-Lyon high-speed railway project, commissioned by Tunnel Euralpin Lyon Turin (TELT).

The work at Nicchie La Maddalena is part of preparations for the excavation of a 65km long base tunnel under the Alps.

While the robot inspected 3km of the tunnel to see if the atmospheric conditions were safe for workers, the team can remotely control the robot for up to 2km.

This innovative machine is highly reliable under harsh environmental conditions due to equipping with tele cameras, sensors, and communication antennas. The battery-powered robot also produces no emissions.

The reason for naming this robot Axel is the main character in Jules Verne’s novel Journey to the Centre of the Earth.

Additionally, the project is the first time that a robot has explored a planned railway tunnel in Italy.

The Turin-Lyon high-speed railway is a section of the Mediterranean Corridor of the Trans-European Transport Network, whereas this European Union initiative is going to link the region’s railway networks and increase the transport of goods by rail.

Base Tunnel Station Contract at Saint-Jean-de-Maurienne