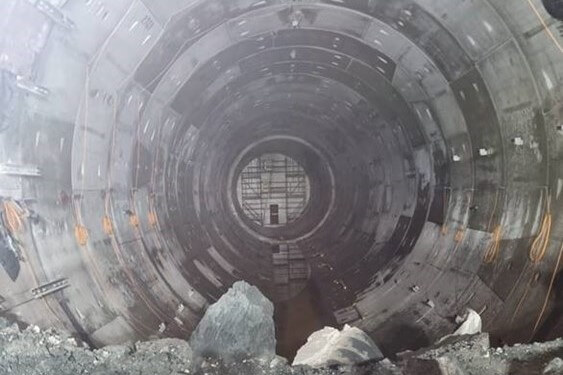 According to Tideway’s announcement, TBM Millicent, which was going to finish her drive toward the shaft at Carnwath Road Riverside Site in Fulham, London, has rather been turned and buried to enable the construction of a short connection tunnel.

Tideway has taken this decision (to turn the TBM) in conjunction with its West section joint venture including Morgan Sindall, Balfour Beatty, and BAM Nuttall. Instead of enabling Millicent to break through at the Carnwath Rd shaft as originally was planned, the team felt that turning the TBM would enable operations at the busy shaft to run more efficiently. This detour paved the way for the final 75m to the shaft to be excavated manually, with a breakthrough happening in mid-July after six months of work.

The last connection between the segmental tunnel and the sprayed concrete-lined tunnel required the West section team to break out the precast tunnel segments and creating an enlargement about the segmental interface ring. Before the works beginning, the team carried out a full-scale trial of the connection to make sure that they could achieve the quality which is needed.

At the present, approximately 20km of the 25-km ‘super sewer’ have been built with secondary lining now underway.