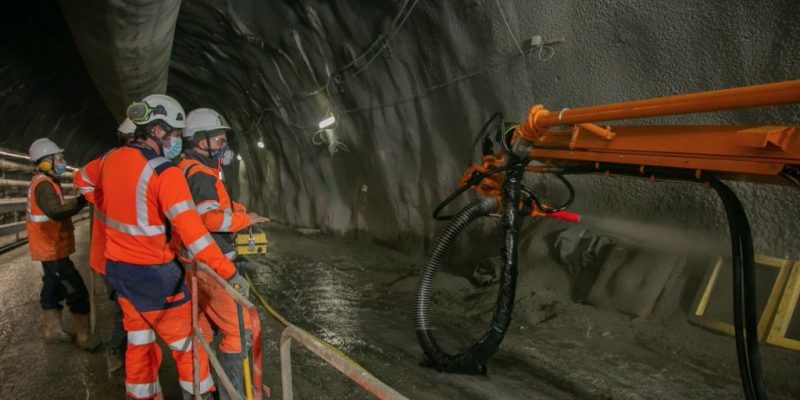 Tunnel Euralpin Lyon Turin stated that the three contracts which is worth totally £2.58bn (€3bn), are going to deliver 80% of the tunnelling work on the latest high speed rail link between Italy and France. They hope to conclude contractual discussions for the Italian end of the tunnels shortly.

This project contains a 65km rail connection between Saint-Jean-de-Maurienne in Savoy, France and Susa in Piedmont, Italy with 57.5km of the line being constructed underground, known as the Mont-Cenis base tunnel. Totally, 162km of tunnels will be bored for the project.

TELT is an essential part of the Trans-European Transport Network’s Mediterranean Corridor that is going to link southwestern Europe with Central and Eastern European countries.

Tunnel Euralpin Lyon Turin declared that 30km of tunnels have been bored already, which represents 18% of the total required to complete the project.

Mario Virano, TELT general director mentioned: “The milestone reached today is extremely important for at least two reasons: firstly, because just two years ago the project, even though it was moving forward, seemed at risk of being stopped; and secondly, because it is a major achievement to have completed the crucial part of the tender process in the middle of the pandemic. We therefore thank the staff of TELT, the project management and the candidate companies for their tremendous efforts.

“Today’s awards will quickly translate into work on the construction sites and already generate the economic development for the territories to which the Italian and French governments have committed themselves. And all under the banner of sustainability, a fundamental element that has been a significant feature of the calls for tender, to which the candidate groups have responded with equally fundamental proposals,” added Virano.

He also continued: “I consider the number and quality of the companies that have taken part in the tenders to be a success. They represent the best that the sector’s business has to offer at international level, with 21 companies from 4 countries taking part. Our appreciation goes not only to the winning companies, but also to the entire range of candidates.

Virano asserted: “All this has been possible thanks to the strong support of the European Commission, through the commissioner for transport Adina Valean, the Coordinator of the Mediterranean Corridor Iveta Radicova, CINEA, and DG Move, who have given us their support in finding balanced solutions for the renegotiation of the grant agreement, of which we are respecting the milestones despite the pandemic.

“TELT will [now] focus its efforts on concluding the tender procedures concerning the Italian lot and then open the new chapter of the technology tenders”.

Also, Adina Valean, the European commissioner of transport stated: “The decision to award three contracts is a significant step towards completing the Lyon-Turin rail connection. It will bridge a key missing link between France and Italy and help shift large volumes of cross-border traffic from road to rail. But it is more than a bi-national project, as it will become the nexus connecting the Iberian Peninsula to the Eastern part of the European Union. The Lyon-Turin rail connection is a long-awaited, well-thought-out, and highly emblematic European project, contributing to the objectives of the European Green Deal.”