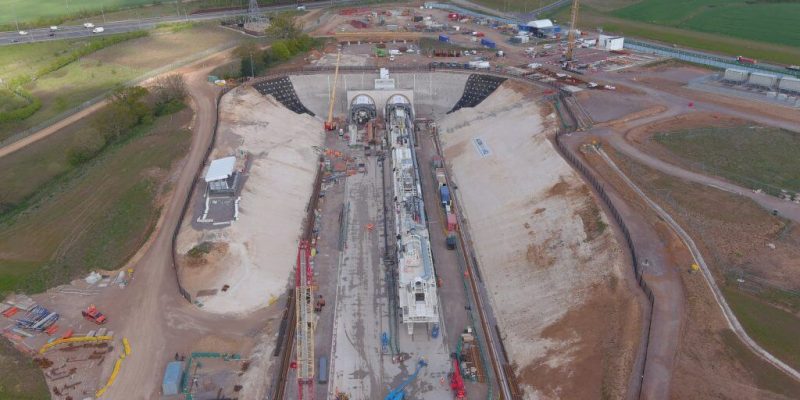 Due to infiltration of 1,500m3 bentonite slurry into a chalk aquifer in HS2’s Chiltern Tunnel as the project’s contractors admitted, campaigners have started up a legal challenge against the Environment Agency’s approval of this project.

Local body Misbourne Environmental Protection applied for a judicial review of the public body’s backing for the 16km tunnel north of London, claiming it failed to hold adequate consultation and misunderstood environmental and water laws.

Despite, a 45-page report with the topic of ‘loss of bentonite at the site of the Chalfont Saint Peter ventilation shaft in Buckinghamshire’ was released by the consortium.

During the fatalities of the previous year, a slurry with the mixture of 97% water and 3% bentonite clay was being used to temporarily reinforce diaphragm wall panels. At one stage concrete was used to prevent further leaking of the material.

According to a document from Scotland and Northern Ireland’s NetRegs environmental guidance body the bentonite is able to highly polluting to water if released into the environment.

Misbourne Environmental Protection said: “Our intention is to force the EA to reconsider the entire tunnel project, take proper account of the Water Framework Directive, and consult interested parties before reaching a decision.”

They also added: “This should result in the tunnel running entirely through solid chalk when passing under the Misbourne, and external monitoring of the operation, to ensure an immediate response to any situation which might endanger the aquifer, Shardeloes Lake or the chalk stream.”

The body has raised more than £5,000 for its legal challenge.

“We take the protection of groundwater and watercourses, including chalk streams, very seriously, as well as the protection of the wildlife and ecosystems that rely on them,” stated an Environment Agency spokesperson.

The spokesperson continued: “The agency is working closely with HS2, their contractors, local community groups, the water industry, and local authorities to ensure the environment is protected throughout the project.”

In accordance with an HS2 spokesperson’s statement: “Bentonite is a safe, naturally occurring form of clay that is widely used across the construction industry as well as in agriculture and cosmetics. While we regret the loss at this location, monitoring has not identified any adverse effects on the aquifer or on water supplies, and the EA and water company have raised no concerns.”

“HS2 takes its responsibilities incredibly seriously and we have a world-leading team of engineers, hydrogeologists, and environmental scientists in place to ensure that the tunneling operation affords the right protections for the environment, and is completed as safely and efficiently as possible,” added the HS2 spokesperson.