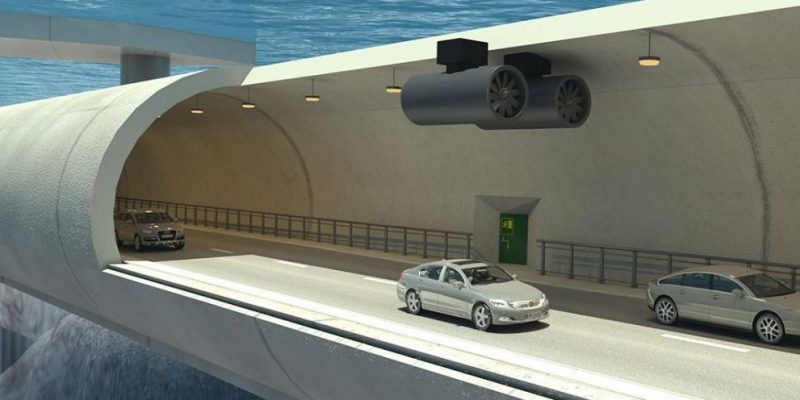 A floating underwater tunnel in place of a bridge between Scotland and Northern Ireland has been proposed by a team from Edinburgh’s Heriot-Watt University.

A tunnel suspended from pontoons and attached to the sea bed is used in plans for the ‘submerged floating-tube bridge’ (SFTB). The design is estimated to be up to £ 16bn less costly than the early proposals of Boris Johnson for a bridge between the two countries, involving less structural engineering procedures than a bridge.

The planned SFTB path will go from Portpatrick, Scotland, to a place in Northern Ireland near Larne. The proposal recommends either a straight drive-through option or a car shuttle service in the Eurostar format. It is predicted that the crossing will take about 40 minutes, independent of the travel mode, as opposed to the existing two and a half hours using the ferry service.

To explore the viability of a fixed connection between Scotland and Northern Ireland, an independent review of the UK transport system headed by Network Rail Chairman Sir Peter Hendy is currently under way. Accordingly, in 2021, the guidelines will be released.

A Unified Industry-Wide Voice for the Future of Tunneling