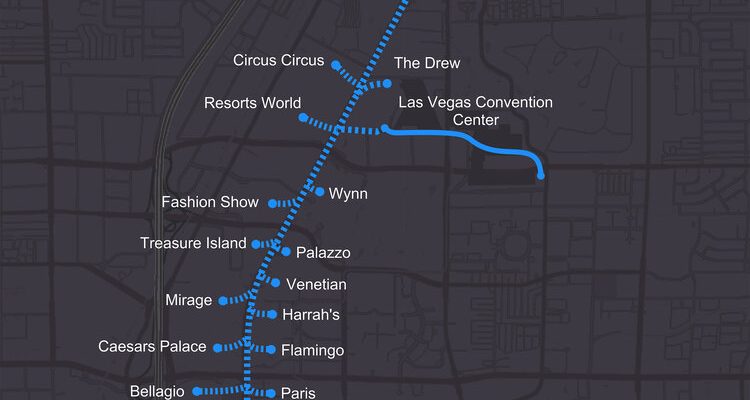 By Tunneling admin
Share
Following the recent permission given by Clark County Commission to Elon Musk’s Boring Company, Las Vegas looks set to get a new underground transportation network.
The Independent reported that the company has achieved approval for its Loop network to expand to a future station at the new Resorts World near the LVCC (Las Vegas Convention Centre). Construction to Resorts World is scheduled to start at the end of 2020.
Musk published computer-generated images of the first commercial Loop station in July. In place of high-speed futuristic vehicles travelling at super-high speeds in a partial vacuum, the Loop will instead feature Tesla Model 3 electric cars transporting passengers between stations at speeds of up to 155mph (248km/hr).
The first area which is set to open later this year, will be from one side of the Convention Centre to the other, a distance of approximately 1.6 km (one mile). This will be followed by the extension to Resorts World. Nevertheless, the network is ultimately planned to cover numerous stops on the ‘Strip’, North Las Vegas, both terminals of the airport and eventually on to Los Angeles – a distance of nearly 365km (228 miles) as the crow flies.
Musk, the owner of Tesla and SpaceX, declares he can reduce the cost and time of conventional tunneling methods by a factor of ten.
Source: Tunnels and Tunneling