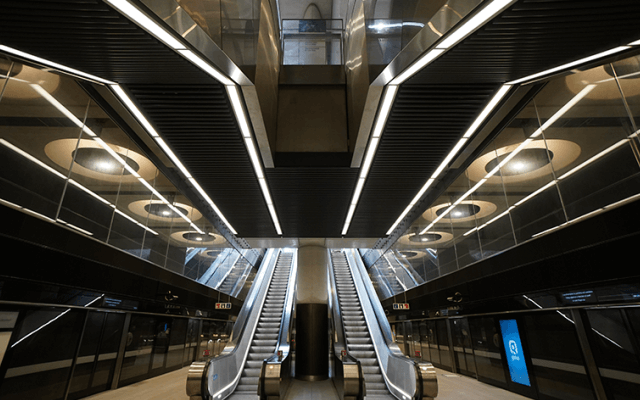 While the completion process of the station was done by Costain and Skanska, that are working in the joint venture, but the other station originally being delivered by the two firms still presents a potential issue for the completion of the central section of Crossrail. The last summer was the date of ending the joint venture’s involvement in Crossrail’s Bond Street site by mutual agreement with Crossrail.

“An outstanding example of collaborative working”, is the naming of Costain for the successful delivery process of the station at Paddington.

The new Elizabeth line station is built below ground next to the 19th century Grade I listed building of the mainline station. The station has a 120m long canopy on Eastbourne Terrace and extends to four levels below ground.

Using the mainline railway station with new seating, information screens, and improved access to platform 1 at the mainline station to Eastbourne Terrace buses and taxis, are the advantages of the Crossrail for passengers.

According to Crossrail chief executive Mark Wild’s comment on the handover: “I am delighted that Paddington Elizabeth line station has been transferred to Transport for London. This beautiful new station will provide a gateway for those traveling from the Thames Valley or Heathrow into central London and beyond, providing greater transport links, better job opportunities, and a significant economic boost.”

He also added: “Over the past months we have entered the Trial Running phase, starting with four trains per hour and have now reached 12 trains per hour through the central tunnels and six of our central section stations are now safely in the hands of TfL. There is still a tremendous amount of work to be done but the railway remains on track to open in the first half of next year.”

“Achieving this key milestone is testament to the dedication and hard work of everyone who has been involved as part of our Costain Skanska Joint Venture team. It’s a complex project that has been delivered during COVID-19 restrictions. Our teams have responded to the challenge, with the handover from Crossrail to TfL testament to the efforts of the many people involved in delivering this important new station,” stated James Moloney, Costain Skanska Joint Venture project director.

Moloney continued: “The Paddington Elizabeth line station will be a key part of London’s transport infrastructure for generations to come, helping people to travel sustainably into and around this amazing city. We continue to remain focused on working collaboratively to deliver the final elements of the scheme.”