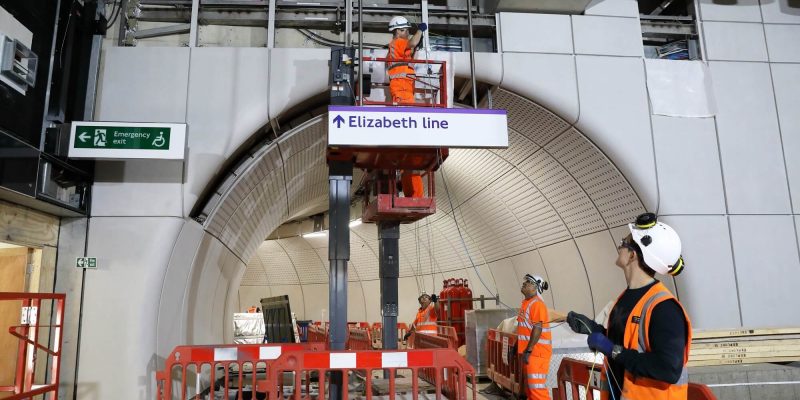 In order to execute the command of Transport for London (TfL) commissioner Andy Byford, the Elizabeth line is going to be operational by Easter next year.

According to Byford’s statement in a London Assembly meeting, he is aiming an opening at the “front end” of the current window of the first half of 2022.

“We inherited an opening window of first half 2022 and that I can confirm remains on track, but I have set the team the challenge to get to the front half of that opening window,” he said.

Byford also added: “I won’t be specific but as long as trial running continues to go well the path is to trial operations and that leads to opening.”

The previous internal purposes of Byford in the Crossrail team,

were ambitious for opening the line in 2021 and for less than the revised budget.

However, at the time he added: “The public opening date remained the first half of 2022.”

“Trial running is going well and seven central London stations have been commissioned in six months which is unprecedented,” said Byford at yesterday’s London Assembly meeting.

Finishing the work process in Whitechapel station by a joint venture between Balfour Beatty, Morgan Sindall, and Vinci (BBMV), caused taking the control of this station by Tfl last week.

After delivering the Custom House, Farringdon, Tottenham Court Road, Woolwich, Liverpool Street, and PaddingtonIt stations, this one is the seventh Elizabeth line central section station to transfer to TfL. Hence the Bond Street and Canary Wharf will be the only remaining stations to be handed over.

Implementing the last major software upgrade, handing over Canary Wharf station, placing Bond Street in a position to support trial operations, and increasing train testing through the line’s central section, are the coming targets of Crossrail since now till the end of the year, in order to complete all outstanding work on the project’s tunnels.

Early in May the Trial running on the focal section of the London railway line officially commenced, with four trains per hour running through the tunnels.

While the number of these trains was increased to eight trains per hour in June (before trial running was stopped during the 18-day blockade to allow outstanding stations work to be completed), in July this number raised up to 12 trains per hour.

Although work at the stations was paused to let Crossrail begin trial running, in April, Crossrail project representative Jacobs raised concerns in a project report (Prep 11) about the growing list of work being deferred in order to get trial running underway.

In accordance with Jacobs’s claim, around 4,500 items of work had been pushed back on Crossrail’s stations’ program until after trial running started.

The Scheme of Connecting Scottish Islands with Subsea Tunnels