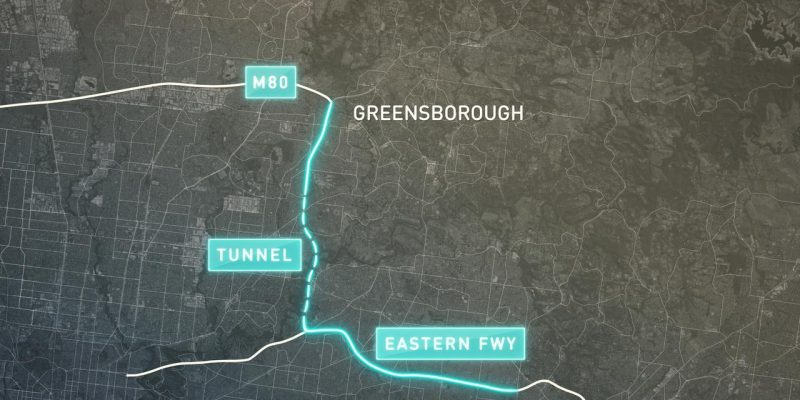 The preferred proposer for the tunnelling package for the North East Link, with the aim of repairing the missing link in Melbourne’s freeway network, reducing travel times and releasing local roads for local trips, has been selected.

In accordance with Victorian Minister for Transport Infrastructure, the Hon Jacinta Allan, and Federal Minister for Communications, Urban Infrastructure, Cities and the Arts, the Hon Paul Fletcher MP’s announcement, Spark has been chosen as the picked bidder to deliver the tunnelling package.

He also added: “The North East Link is a significant road project that will create thousands of local jobs, cut travel times for commuters and freight and take trucks off local roads, improving congestion and safety particularly for communities in Melbourne’s northern and eastern suburbs.”

Mr. Fletcher continued: “This project is one of many critical infrastructure projects to receive funding from the Morrison Government as part of its record $110 billion, 10-year infrastructure investment pipeline, which is helping to drive Australia’s world-leading economic recovery.”

Preserving homes and susceptible environmental areas such as the Yarra River, Banyule Flats and Warringal Parklands, is one of the advantages of this new tunnel.

While the tunnelling package is due to be delivered as a Public Private Partnership, the Victorian Government will currently work with the preferred bidder to converse a final contract and finalize the concept design for North East Link to share details with the community before the end of the year.

The other sections of this project including a massive overhaul of the Eastern Freeway, Melbourne’s first dedicated busway, the completion of the M80 Ring Road and more than 25 kilometers of new and upgraded walking and cycling paths, will also be updated, following that the tunnelling package has been awarded.

According to Minister Allan: “The North East Link is the missing piece of the puzzle for the Victorian Government’s record investment in the North East. This is another important step for the North East Link, as we continue to build the projects Victorians in the north east need to be better connected to services, jobs and opportunities.”

“Fixing the missing link will get trucks off local roads as well as providing a much-improved route for interstate, regional and metropolitan freight vehicles,” asserted Minister Allan.

North East Link will link the M80 Ring Road to an upgraded Eastern Freeway and cause 35 minutes’ decrease in travel times and also will eliminate 15,000 trucks off local roads.

In order to providing an effective connection for up to 135,000 vehicles per day and helping travel from Melbourne’s south-eastern suburbs to the airport without stopping at a single traffic light, this project is aimed to link key growth areas in the north and south-east.

Developing local jobs for local people, with more than 10,000 jobs on the project and 10 per cent of total work hours to be done by apprentices, trainees or cadets as part of the Victorian Government’s Local Jobs First Policy, is one of the main purposes of the project.

The intended project, which values $15.8 billion, is invested by both the Australian and Victorian governments and the determined date for commencing the construction process on the tunnelling package will be later in the year.