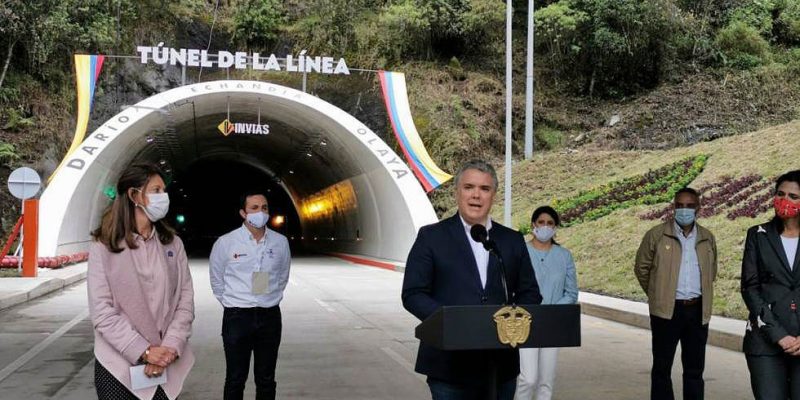 By Tunneling admin
Share
The Road infrastructure, Tunel de la Linea stretching for 8.65km beneath the Andes Mountains, locates in Colombia’s western regions.
Total construction cost about $270 million was invested over ten years in finishing the longest tunnel in Latin America, accelerating good transport from the Pacific port to the city center.
President Ivan Duque stated, “This is a triumph of a persevering, intense, working, dreaming and desire-realizing Colombia.”
For the construction and tunneling work to proceed, approximately 700 000 m3 of specialized and high-strength concretes, in addition to 220 000 tons of cement, were needed at the site.
A safety tunnel is connected to the main highway corridor through 17 cross passages located every half kilometer along the stretch to in case of emergency.
Tunel de la Linea mega-project, among the world’s top 20 longest corridors, provided more than 6000 opportunities in the Colombian construction and tunneling industry. After opening the first section as the work continues on other parts, the distance from the west to the central regions will be reduced by 20km, saving commuters 50minutes during each transport.
Meanwhile, it is believed that after the overhaul completion of this strategic project in Colombia, an 80minutes decrease in travel time will be successfully achieved.