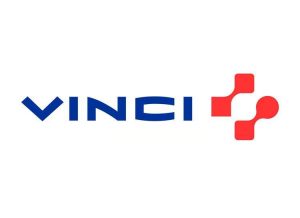 The contract of constructing works package 1 of Line 18 of Grand Paris Express, the biggest urban mobility program presently under way in Europe, has been awarded to the VINCI Construction Grands Projets by Société du Grand Paris. The Orly airport will be linked to Massy-Palaiseau in the first section; Line 18 will then be extended to Versailles.

Worth $893 million US (€799 million), of which 20% reserved for SMEs, the contract calls for building three stations (Antonypôle, Massy Opéra and Massy-Palaiseau) and digging 11.8 km of tunnels using two tunnel boring machines (TBMs), 13 ancillary engineering structures 10 branches connecting with the tunnel, and 850 meters of cut and cover. Totally, more than 1 million cubic meters of material will be excavated.

At construction peak, the contract will employ up to 700 people (200 supervisory staff and 500 laborer). The duration of the worksite is 83 months, and in this period, it will also create the equivalent of 148 full-time jobs for people in social integration programs.

Moreover, the VINCI Group has established an endowment fund, Chantiers et Territoires Solidaires, for supporting non-profit entity initiatives which is related to social fabric and the employment of communities located close to the Grand Paris Express projects.

The consortium is currently executing, as part of the Grand Paris Express, on Line 15 South, the works packages between Fort d’Issy-Vanves-Clamart and Villejuif Louis Aragon, as well as the Noisy-Champs station works package, and is responsible for developing Line 14 South toward Orly. In addition, the VINCI Group is working on other Grand Paris Express works packages through specialist activity subsidiaries of VINCI Construction, VINCI Energies and Eurovia (for laying rail track).