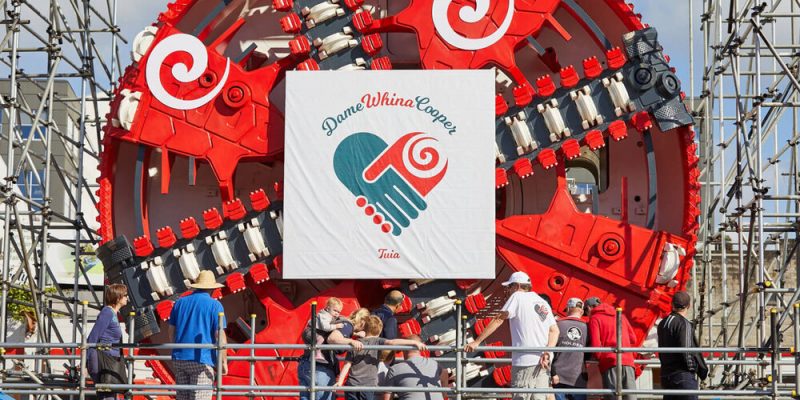 The TBM Dame Whina Cooper, which is going to excavate in the Auckland’s City Rail Link project in mid-May, is currently under the final checks. This TBM will dig the first of the two rail tunnels that will entirely change the way people can travel around Auckland.

The responsibility of operating the TBM will be up to the Link Alliance, the group of New Zealand and international design and construct companies responsible for CRL’s main stations, tunnels and rail systems contract. In order to providing a room for the front sections of the 130 meter-long TBM, the first 50 m of tunnel at Mt Eden have already been excavated.

The intention is linking to the CRL tunnels already built from the Britomart Station, so TBM Dame Whina Cooper will excavate two tunnels with 1.6-km-lenght from Mt Eden to central Auckland – under the Central Motorway Junction and Karangahape Road into central Auckland. It will take about nine months to excavate each tunnel and the maximum capacity of the TBM is 32 meter per day in peak operation. While the TBM works 24/7, operated by a crew of 12 underground, the first tunnel will be finished towards the end of the year. It will then be returned to Mt Eden in sections and prepared for its second tunnel drive next year.

The budget that has been awarded for this project by the Crown and Auckland Council is EUR 2.84 bn (AUD 4.4 bn) CRL. Advancing in the path of this project will help the city’s rail network more efficiency, trains will be able to run more often, more quickly and transport more people, and it will increase the figure of people living with 30 minutes’ train travel of central Auckland, New Zealand’s biggest employment hub.

Updating the Forrestfield Airport Link project in May