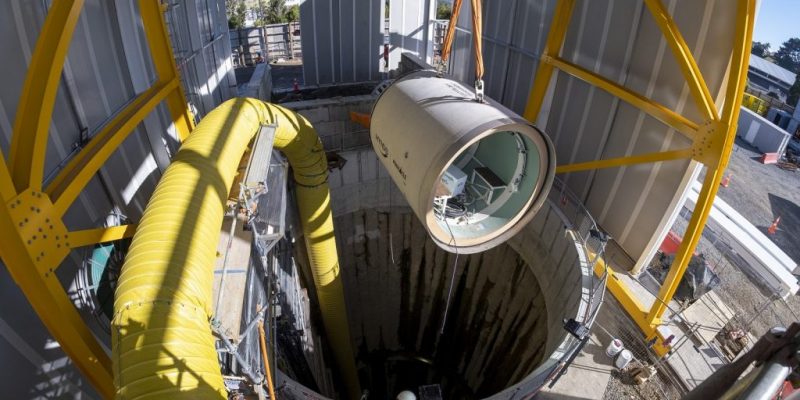 While on 4th of June the Herrenknecht MTBM with 12m length laid the first 3m section of a 2.1m diameter pipe at the May Road, Mount Roskill, the next 328 pipe sections are going to be dug over the coming four months to create the first of two link sewers, which will branch off the main Central Interceptor tunnel.

The first drive shift of this MTBM will be18m per day with whole day excavating during six days in a week.

An underground operator runs the MTBM, which uses a pipe-jacking method of construction. The first link sewer to be completed will travel from May Road to Miranda Reserve in Avondale. The second will start near the Mt Albert War Memorial and travel 1.5km to the Ōrākei sewer main.

This project’s responsibility is up to Ghella Abergeldie Joint Venture and following the completion in 2025, the Central Interceptor will dig around 15km underground from Grey Lynn to the Māngere Wastewater Treatment Plant. The commencing intention of this project, which values NZ$1.2bn (£606M), is to decrease wet-weather overflows in Central Auckland waterways, which happen when storm water floods the system during heavy rain.

The determined date for starting the excavation process of the main TBM, Hiwa-i-te-rangi, that is going to run in major tunnel from Māngere, is in July.

Fulfillment of the Central Interceptor project will introduce the longest bored tunnel in New Zealand.