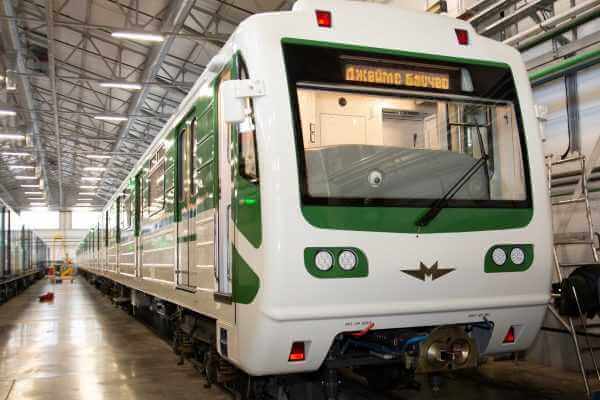 TMH has dispatched 12 upgraded and refurbished Series 81-717.4/714.4 metro carriages to Sofia Metro in Bulgaria. These carriages were modernized under the first stage of the option to the contract.

This project is a part of the contract signed in March last year.

Last year, the firm sent a pilot batch of eight renewed metro cars to Sofia Metro, and after receiving positive feedback, an amended contract, containing a similar renovation of extra 40 carriages, was signed between the organizations.

Under this contract, TMH is responsible for upgrading 40 carriages for Sofia Metro in three stages, containing one group of 16 carriages and two groups of 12 carriages.

As TMH stated, each stage will be finished within 12 months.

The refurbished rolling stock will be used to run four-car metro trains on Sofia Metro’s Line 1 and Line 2.

As per the project, TMH carried out the defectoscopy of the car bodies, renewed the driver’s cabs totally, deployed new asynchronous drives, and decreased the overall weight of the carriages.

TMH stated: “The overhaul extended the lifecycle of the rolling stock by 15 years, increased the level of comfort and safety for passengers and drivers, and reduced the volume of required maintenance.”

Since 1998, the company’s plant in Mytishi has been working with Sofia Metro, which has a fleet featuring 168 carriages that were constructed in Mytishi.