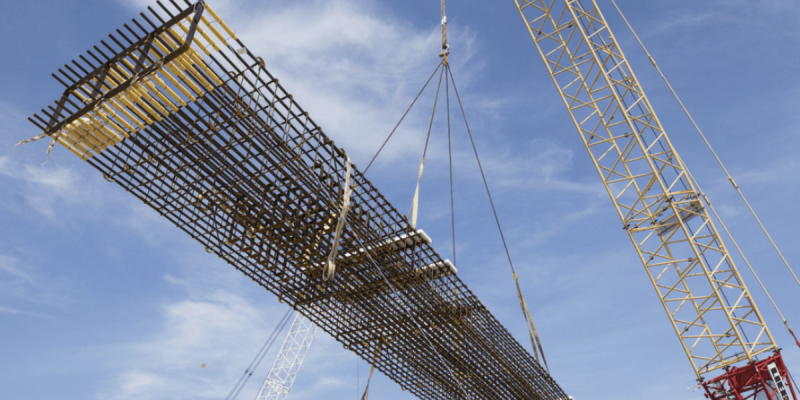 HS2 Ltd and its contractors are under fire by the UK steel industry has due to using a non-UK approved steel reinforcement fabricator.

According to the information, the French fabricator Sendin has prepared up to 1,000t of pre-assembled steel reinforcement panels for the diaphragm walls forming two of the ventilation shafts of HS2’s Chiltern Tunnels and the company has orders to deliver 1,000t further assemblies in the same section.

Due to not providing the used materials in these panels from a UK-approved fabrication process, the Sendin do not hold UK approval for reinforcement cutting and bending, and reinforcing bars.

The British Association of Reinforcement (BAR) has also stated it is unhappy that UK CARES, the UK certification body, has not published any public declaration despite being warned of the fact in March.

UK Steel director-general Gareth Stace said: “It is hugely disappointing to see HS2 failing here to take the most basic step of using steel made to British standards. Such practice is practically universal practice across the UK construction sector, HS2 would have almost had to go out of its way not to use British Standard steel! In doing so, HS2 has missed a vital opportunity to support UK jobs and economic growth through its spending of taxpayer’s money.”

He also added: “Public projects like HS2 have enormous potential to contribute to the Government’s leveling up agenda and spread their economic value right across the UK to the towns and cities where construction materials, like steel, are made. UK Public projects are estimated to require £4.7bn worth of steel in the next five years.”

“If all sourced from the UK this would support an additional 14 thousand UK jobs and £4.3bn of UK economic activity compared to using imported steel. With such huge potential to support the UK recovery, it is essential that public projects start to think carefully about where they buy their steel from, purchasing on a strategic basis that supports wider Government social objectives,” asserted Mr. Stace.

According to British Association of Reinforcement chairman Stephen Elliott: “HS2 is a major UK project being paid for by the UK public. It is, therefore, disappointing that HS2 is not ready to fully support the UK steel industry. We had hoped that UK major projects will work with, and not undermine, the UK steel industry.”

Elliott continued: “Of equal disappointment is that, despite being alerted to the importation of non-approved reinforcement, UK Cares has yet to make a formal public statement. It is understood that Sendin is now working to achieve UK certification but nine months on since the CARES was first alerted such retrospective approval is rather like shutting the stable door after the horse has bolted.”

“The original supplier of this steel reinforcement was UK-based, however, this supplier was unable to maintain the agreed program– forcing potential delays and therefore higher costs on the project. Our contractor approached all suitable alternative UK suppliers, but none could provide the necessary product in time. The French fabricator Sendin is an internationally renowned supplier in this market that had previously held full UK certification and is in the process of being re-certified. They were able to respond quickly, allowing the project to stay on schedule. HS2 Ltd continues to work with UK Steel to provide updates on opportunities and broker relationships between its members and the HS2 supply chain,” stated a spokesperson for HS2.

In accordance with the statement of a spokesperson for CARES: “We maintain very close contact with all our clients, in particular those engaged in major public sector projects where standards are paramount and CARES certification is achieved only as a result of ongoing, robust assurance processes.”

Court Date for Campaigners in Legal Challenge Against Chilterns Tunneling