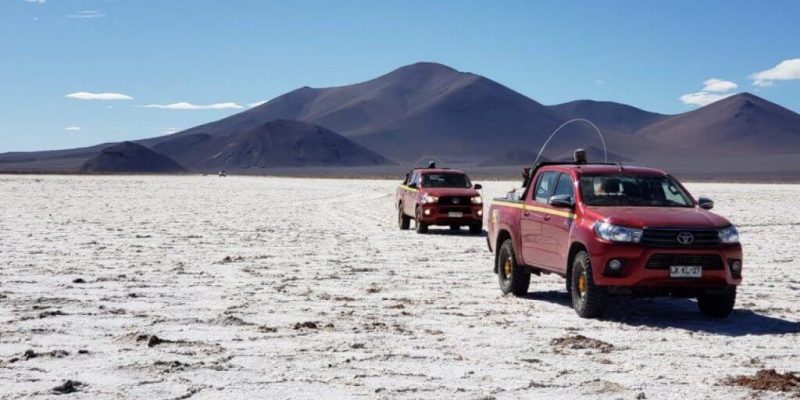 The contract of developing hydrological studies for a new lithium mine in Chile’s salt flats, has been granted to Spain-based environmental consultancy and RSK Group company Amphos 21.

In order to assess the feasibility of developing a lithium mining project in Salar de Maricunga, Amphos 21 was appointed by Chile’s largest mining company Codelco.

Salar de Maricunga is a white salt flat about 3,700m above sea level in the Nevado Tres Cruces National Park.

Due to the presence of Lithium in the many salt flats across Chile, this country is one of the world’s initial producers of lithium and this metal is mainly used in batteries of electric vehicles and for energy storage systems.

Codelco has already cooperated in traditional copper and molybdenum mining. Increasing lithium’s relevance as a strategic resource in recent years, the company has decided to diversify its activities.

Involving over 20 members of the Amphos 21 team, the first phase of the study will focus on fieldwork. Some will be deployed to the Salar area to gather the information needed to assess the lithium and the feasibility of the mining.

The company will carry out borehole drilling, hydraulic tests and evaporation tests over 24 months.

According to Amphos 21 Chile chief executive officer Juan Castaño: “Amphos 21 will also be responsible for the development of the conceptual and numerical models to describe the hydrogeological functioning of the Salar and the assessment of the lithium reserves.”

“The outcome of the project will help our client to define the feasibility of the exploitation project from an environmental and economic perspective,” added Juan Castaño.

Commencing the Second Journey of TBM on Auckland Underground