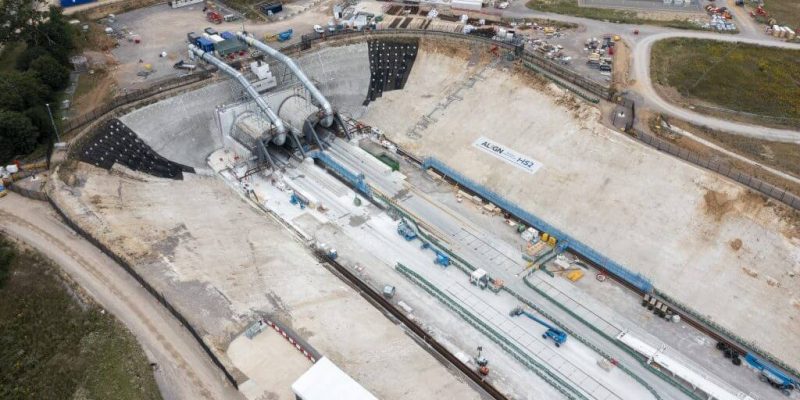 Bridgen, who had a speech at the Westminster Hall debate on Monday in Parliament, claimed that interior documents received to him from whistleblowers illustrated that the full opening of phase 1 may not be open for at least another decade, while HS2 Ltd and the Department for Transport have dismissed these claims.

The indicated date for the inauguration of the first phase of the railways by HS2 Ltd and the DfT is between 2028 and 2031.

In intervention to Labour’s shadow minister for railways Tan Dhesi’s speech at the debate Mr. Bridgen, who had not been picked to speak himself, said: “I wonder whether the hon. Gentleman received the 85 megabytes of documentation from whistleblowers within HS2 and the Department for Transport, which indicated that phase 1 is now unlikely to be open for passengers before 2041 and that the whole project is going to be £160bn in today’s money. “

He also added: “Phase 1 is already £70bn, and the enabling works are running massively over budget. They are being suppressed, and that is going to be thrown into the main budget at the end.”

Although Bridgen’s statements would see the full opening of phase 1 pushed back by a decade, both the DfT and HS2 Ltd have rejected the claims. Phase 1 of HS2 which connected London and the West Midlands was initially due to open in 2026, however, in an update to Parliament in 2019, transport minister Grant Shapps said the opening date would be withdrawn between 2028 and 2031.

In accordance with a DfT spokesperson’ statements to the claims: “These figures are wrong. In February last year, this Government reset HS2 and established a realistic budget, strengthened oversight, and increased transparency. As part of this, a minister now reports to Parliament every six months on progress, including on costs and schedule.”

“These figures are wrong. The government’s most recent six-month update to parliament confirmed that HS2 will be delivered within the set funding envelope and Phase One will open within the date range of 2029-33. The construction of HS2 is playing a vital role in Britain’s economic recovery from the pandemic, with tens of thousands of people working on the project and through the UK-wide supply chain,” said an HS2 spokesperson.

The spokesperson also asserted: “By providing a cleaner, greener way to travel, HS2 will help cut the number of cars and lorries on our roads, cut demand for domestic flights, and help the country’s push to reduce carbon emissions.”